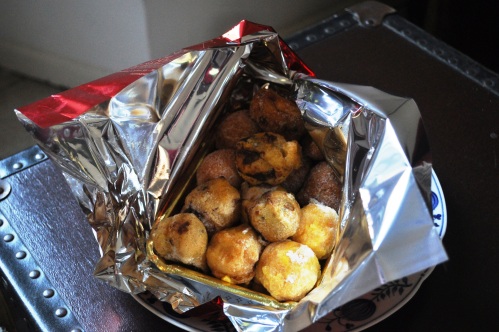 We don’t really do Carnival in England or the rest of the UK. Or at least, as Wikipedia says, “Carnival is traditionally held in areas with a large Catholic… makeup. Protestant areas usually do not have Carnival celebrations or have modified traditions, such as the Danish Carnival or other Shrove Tuesday events.”

Although I was raised a Catholic, we didn’t do anything like Carnival in my home – it was just Shrove Tuesday, aka Pancake Day (a blowout on pancakes, lemon and sugar that even heathens enjoy), then Lent (restraint for Catholics), then Easter (a blowout on highly religious chocolate eggs…). So Carnival here surprises me. The Romans once more express their love of  fireworks and a snow of confetti is added to the general mess in the streets.

(As an aside – confetti is clearly an Italian loanword in English. Though confusingly, it’s not the Italian for confetti – ie the stuff you throw at the happy couple at weddings. Rice and small paper thrown at weddings, or used to celebrate Carnival, is called coriandoli in Italian – the plural of the herb/spice coriander. Confetto [plural confetti] instead means both a pill or a sugared almond.) 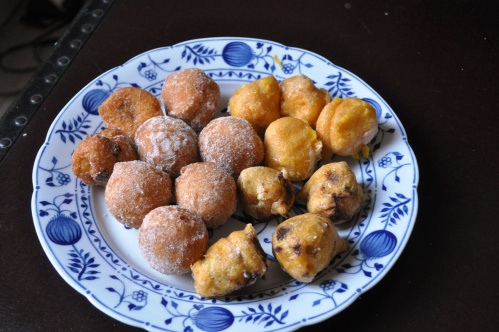 More cheery than the garbage are  the seasonal edible goodies. Last year, we discovered castagnole and frappe, treats sold specifically at Carnival. I wrote these treats last year (here and here), their characteristics, the other regional names used in Italy, etc then so I’ll try not to go on too much now.

This year we’ve been eschewing the crunchy delights of frappe, deep-fried sweet pasta shreds, dusted with icing sugar. Instead, we’ve mostly been focussing on castagnole, smallish balls of deep-fried dough that may or may not be filled with custards or ricotta. We’ve been favouring the non-filled, castagnole semplici this year. They’re basically dough-balls, very similar in taste and texture to a British doughnut – sweet dough, deep-fried, rolled or coated in sugar. You can watch some being made here, with the recipe (in Italian or English). TBH, I walk past so many pasticcerie on a daily basis that are brimming with castagnole I don’t feel the need to make them. But if I do, I will of course report back.

Since Christmas I’ve been vowing to ease off on the making and scoffing of cakes, ease off on the purchasing and scoffing of pasticceria wares. But hey, it’s still winter, it’s cold, and I think we can justify the intensive regime of carbs for a few more weeks. At least until Shrove Tuesday, then we should really stop for Lent (Quaresima). Oh, hang on, that’s tomorrow. Oh, hang on again though – we’re not religious, so it’s okay. I’m not sure about the rest of the population of good Catholics here though: the pasticcerie don’t suddenly stop selling castagnole and frappe for Quaresima, so somebody’s still busy eating them, all the way to Easter. So not really observing Lent very assiduously. Vergogna! For shame!

2 responses to “Carnival and castagnole 2013”