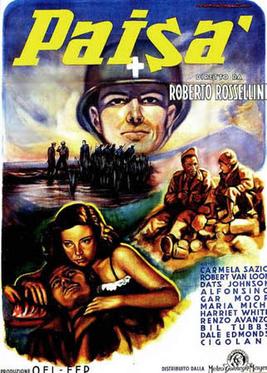 So yes, I notice it’s been a bit quiet round here lately.

We were all somewhat ill over Christmas, then been hit again the past week or so.

Hobbyist blogging is a lot more work than it might appear, especially if it involves research, recipe testing, photography (and food styling, if that’s your thing; clearly, I don’t really bother), writing up, then assembling the blog post.

I must admit I’m finding all that quite hard at the moment while doing a lot of childcare for an 18-month-old and a three-year-old. Especially currently when the former, let’s call her Raver, has discovered the joys of tantrumming – even in the small hours of the night. She’s a willful thing.

My hat goes off hugely to friends and fellow food bloggers who manage do keep their blogs dynamic, and raise small children, and then even go ahead and produce books. Wowsers.

I do have some things planned, but they’re pending better health.

In the meantime, I’m closing my old personal site at dether.com and planning to import a load of its posts. They’re not food related, as I used to keep things separate, but many are a nice record of my time in Rome, and a few I’m quite proud of, such as this essay on the Second World War in Italy in the movies.

In it, I mentioned I’d not seen the 1946 Roberto Rossellini film Paisà, a companion piece of sorts to the more famous neorealistic classic Roma città aperta (Rome, Open City), from the year earlier. Well, I’ve just seen Paisà now, having bought a BFI DVD of it recently.

It’s not as coherent a film as Roma città aperta, largely as it consists of a series of vignettes about the Allied campaign moving up Italy, from Sicily to the Po, and the interaction between Americans (mostly) and Italians along the way. It features a lot of off-Broadway and non-actors, some of whom are rubbish, some of whom are great, notably former partisans who lived the experiences they’re recreating, less than a few years later.

But it is still immensely powerful in places, notably where we’re introduced to a family of contadini (rural peasants) in the Po marshes, who share their polenta and eels with the OSS working alongside the local partisans. Then we return to them – or at least just a toddler, wailing while wandering among bodies. They’ve all been murdered by the Nazis. This would have affected me a few years ago, but now I have a child of a similar age it was devastating.

There are a few notable touches about the food situation too: some other struggling Italians (city folk this time, in Florence if memory serves) have heard a rumour that the British are coming – and bringing “la farina bianca“, white flour! How important such things were for people who’d suffered years of depredations, deprivation and shortages.

I’m also currently reading The Taste of War: World War Two and the Battle For Food by Lizzie Collingham, who also wrote the brilliant Curry: A Tale of Cooks and Conquerors.

The Taste of War is an extraordinary book, massive in scope, and emotive in content, as it tells the story of the 20 million or so people who died during the Second War World not in combat (which accounted for another 20 million or so) but from hunger or starvation. Be it due to the Nazi’s evil policy of intentionally murdering “useless eaters” by giving them such a small calorific ration that they starved, or the British failing to manage rice shortages in India, or Japanese soldiers resorting to eating palm tree starches and dead comrades. It’s truly grim. Traditionally in Britain we’ve thought we went somewhat hungry in the war, and many did, as in other European countries like Italy, but it’s nothing compared to those who really suffered, especially in the Soviet Union, where the death toll, from combat and food shortages, accounted for three-quarters of the war’s total. It’s astonishing.  A book that will really make you rethink what you think you know about the Second World War, and should even make you think even more about the profligacy and waste and absurdity in our current food culture, where the UK alone wastes 15 million tonnes a year. Fifteen million.

And as I’ve not posted since before Christmas, I hope everyone is coping with 2017 and the scary parallel reality we find ourselves in.

4 responses to “All quiet”