In my last post, I mentioned my attempt to make a boudin di ricotta (below). It either went wrong, or this retro cheesecake just wasn’t to my taste. Either way, one thing the dish got me thinking about was the word budino, which can be translated as “pudding”. 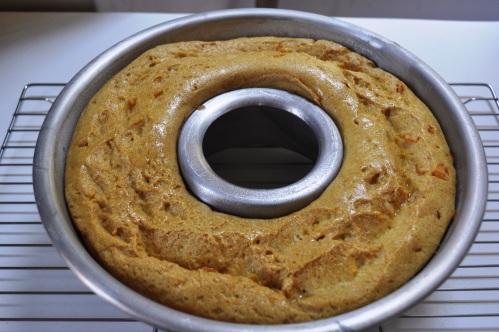 As anyone who’s interested in food, or eating, or sausages, or dessert, knows, the meaning of the word pudding can be little complicated. Likewise budino.

English has the word pudding, French boudin, and Italian budino. Surely these are all related? It’s agreed that the latter words come from the Latin for gut or intestine, botellus, which relates to the modern Italian word budella. English etymological dictionaries, on the other hand, suggest that the word pudding may comes from old English and German words for swellings and lumps (puduc,  puddek etc). Thankfully, other sources posit1 botellus as an alternative source too. The relationship seems too strong for the English word to not have the Latin root, surely?

Originally, pudding, budino and boudin all referred to much the same kind of product: sausages made with blood, meal, fat and animal bits (including ambergris, a sperm whale digestive byproduct), all stuffed into intestinal membrane and steamed or boiled.

This sense of the word still exists in the things like the Scottish haggis, or the British black pudding, its French cousin boudin noir, and even an Italian cousin called sanguinaccio 2 (from the Latin sanguis, blood). Interestingly, though, the latter straddles both the older sense of the savoury pudding, and the modern usage, which more commonly refers to desserts. Italy has various versions of sanguinaccio, running the spectrum from full savoury sausage, to a chocolate pudding traditionally thickened and flavoured with fresh pigs’ blood at the time of slaughter to a basic chocolate pudding like a mousse, with nary a pig byproduct. 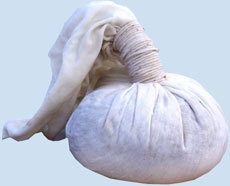 Although in British English, the word pudding has become almost synonymous with dessert, for me (I’m English), it more specifically refers to dishes that have been steamed or boiled.

Again, in the Middle Ages, food, specifically the food of the rich, would blend what we now consider very different flavours: the savoury with the sweet, meat with spices, salt and sugar. British mincemeat (as in Christmas mince pies) originally took this form, for example.

When one strain of the pudding evolved into savoury sausages, other strains evolved into desserts. The meat in the dish would have been reduced to fat in the form of suet or lard, while the grain, fruit, sugar and spices might have stayed. The animal membrane was replaced with a cloth, then latter a ceramic bowl, though the pudding was still cooked by boiling or steaming.

This path of evolution gives us things like British Christmas pudding, schoolboys’ favourite spotted dick, bread-and-fruit summer pudding and other dishes where even the fruit and spice has evolved out, such as one personal fave, treacle sponge pudding. Strangely, the word’s usage narrowed down even further in North American English, where, as I understand it, pudding just refers to mousse or custard-like deserts.

The abovementioned treacle sponge pudding is basically just a steamed cake mixture made with golden syrup (a gingery version of mine can be found here). If an equivalent type of mix is instead baked, then served as a dessert, it’s still a called a pudding (in BE). It may be long way from stuffed intestine but it’s still a descendant. We also still have savoury puddings in Britain, where a pastry crust is filled with meat and/or vegetables and steamed or boiled in a ceramic pudding basin (eg this one made with venison).

So any time Anglophones from North America and the British Isles find themselves arguing about the meaning of the word pudding – something we’ve done with a Canadian friend – bear this wonderful, convoluted history in mind!

Other possibility is the traditional one that it is from Old French boudin “sausage,” from Vulgar Latin botellinus, from Latin botellus “sausage” (change of French b– to English p– presents difficulties, but cf. purse). The modern sense had emerged by 1670, from extension to other foods boiled or steamed in a bag or sack (16c.). German pudding, French pouding, Swedish pudding, Irish putog are from English.

2 You can find recipes for various versions of sanguinnaccio online. There’s a more savoury one here (and pictured above). And while this one is made using sausage casings, it’s more a dessert. While this one (in Italian) is decidedly a dessert, made with neither sausages casings or even blood: so basically a chocolate mousse.

Ricotta. Generally, I don’t know what to do with this classic Italian “recooked” whey cheese. I’ve used it in cheesecakes before, and it is delicious eaten for breakfast with a drizzle of honey. But the sheer scale of its presence in Rome, where fresh stuff arrives by the tonne every day, indicates it’s used very widely indeed.

Shops like the likeable Antica Caciara in Trastevere have an entire window dedicated to baskets of the stuff. Farmers markets’ also tend to have several stalls selling bucketloads of the stuff. Since our farmers’ market was shifted out of Testaccio, and as it’s August and most of Rome’s markets are closed anyway, we’ve been frequenting our new Punta Vendita Aziendale (direct-from-farm shop) near Ponte Testaccio. (Actually, it’s three outlets in one venue. See Info, below). They have a lot too, and on a couple of occasions when we’ve been stocking up on other goodies, they’ve given us some. It’s all about the freshness with Roman ricotta, so I suppose they just don’t want it hanging about – and they want to encourage our loyalty.

So what else do people do with the stuff? Well, I’m slowly discovering.

It’s used in a few classic, simple pasta dishes, but to be honest, I don’t much like them; even with excellent quality ricotta such dishes seem oddly bitter to me. There’s a kind of cappuccino di ricotta according to ‘Cucina Romana’ by Sara Manuelli1, but I’ve never seen that. Manuelli also gives a recipe for ricotta condita that just involves the cheese, egg, sugar, cocoa and some booze. It sounds like a kind of trifle or tiramisu, but without any sponge. Other versions, such as in Oretta Zanini di Vita’s ‘The Food of Rome and Lazio’2 use finely ground coffee instead of cocoa.

When I got the cookbook ‘La cucina di Roma e del Lazio’3, one thing that caught my eye straight away was the budino di ricotta (ricotta pudding, or ricotta cake), which they make in a handsome ring form. So I gave it a go. It seemed simple – just ricotta, sugar, lemon zest, a little booze and some eggs, some separated, with the whites whisked to give the pudding some lightness. 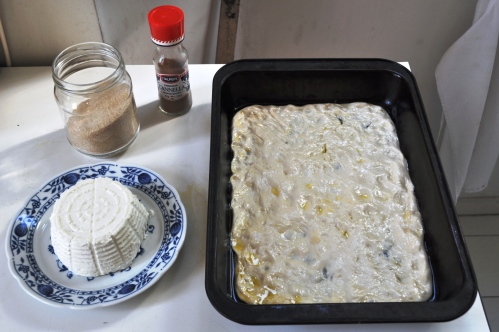 It all seemed to go well. Until I turned it out of the tin. It deflated a bit. Okay, fine. But then I ate some. Really not my bag. I’m sorry to say I found it oddly nauseating, just unpleasantly whey-y, so I won’t be repeating the recipe here. I should have known really, as I’d made a baked ricotta pudding before, using ‘Cooking Apicius’ – recipes based on a collection from the late classical period4. That one involved lots of bay leaves and at first bite was amazing, but at second bite was exotically disgusting.

So I was back to square one with my slightly vexed question of what to do with ricotta. 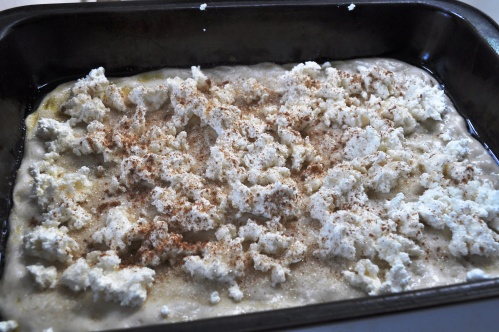 And then Azienda Agricola Fratelli Nesta, one of the abovementioned three outlets, went and gave us another couple of etti5 of ricotta.

Luckily, ‘La Cucina di Roma e del Lazio’ has several other ricotta-based recipes. One of which is so absurdly simple I had to give it a try. It’s a sweet pizza, and would you know, I had some spare pizza dough.

According to authors Marie Teresa di Marco and Marie Cécile Ferré this is a “super-simple sweet that you can often find in the bakeries of Tuscia”. Tuscia is the historical region of the Etruscans (the Tusci in Latin), a large area of central and western Italy that now corresponds with most of Tuscany, northern Lazio and parts of Umbria. The recipe in is specifically called “Pizza ricotta e cannella di Tarquinia”. Tarquinia is an ancient Etruscan town near Viterbo, north of Rome.

I can’t find any mention of a ricotta and cinnamon pizza from Tarquinia or Tuscia,  or anywhere for that matter, online, but then, Italy hasn’t poured all of its vast and varied (food) culture onto the internet. So I’ll just give the two Maries the benefit of the doubt.

Anyway, I’m not going to mess about trying to put it in grams or whatever as it really is simple and flexible. It’s all about the “qb”, the quanta basta, the “how much is enough”. That is, the right amount according to your intuition and inclination.

You just need to make some basic white bread or pizza dough; I won’t give a recipe here, as there are numerous recipes in other sources. Just find one that suits you. I’d recommend one with a nice long fermentation.

The ricotta and cinnamon pizza recipe isn’t even a recipe per se, it just says:

Then mentions the bakeries of Tuscia, where “the bread dough often comes in a thin form, covered with ricotta, sprinkled with sugar and cinnamon, then drizzled with extra virgin olive oil. You bake it in a hot oven for about 20 minutes.”

And you know what? It’s delicious. I especially like the way the oily, sugary mix caramellises on the crust. Sure, it’s an example of those Medieval flavour mixes of sweet, spice and savoury that us Brits don’t use so much these days and, sure, perhaps it’s slightly confusing quite when you might want to eat it. Is it a main course, is it a dessert, is it for afternoon tea, or even a breakfast snack? But frankly, it’s so simple and satisfying, you can eat it whenever you want. I scoffed most of mine at 5.15pm as the hangry hour was approaching.

Footnotes and stuff
1 ‘Cucina Romana’ by Sara Manuelli appears to be out of print. The copy I’m referring to was published in 2005 by Conran Octopus, ISBN 1 84091 407 6.
2 ‘The Food of Rome and Lazio’ by Oretta Zanini di Vita also appears to be out of print. The book I’m referring to is translatedby Maureen B Fant, and is listed on her website. First published 1993 by Alphabyte di Maureen Brown SAS, ISBN 88 86128 02 9. I’m not sure, but it may have been reprinted in 2003 by the University of California Press as ‘Popes, Peasants, and Shepherds: Recipes and Lore from Rome and Lazio’.
3 ‘La cucina di Roma e del Lazio’ (“The cooking/cuisine of Rome and Lazio”) by Marie Teresa di Marco and Marie Cécile Ferré is, so far, only available in Italian. Published 2012 by Guido Tommasi Editore-Datanova, ISBN 978 88 96621 844.
4 ‘Cooking Apicius: Roman Recipes for Today’ by Sally Grainger. More information here from the publisher, Prospect Books, along with a PDF download with ” the preliminary matter, the introduction, the list of recipes and the opening historical discussion of Cooking Apicius”.
5 An etto (plural: etti), or ettogrammo is a commonly used measure in Italy, especially for buying market produce. It’s a hectogram/hectogramme – that is 100g, 0.1kg, or about 3 and a half ounces.