Parkin is one of those quintessential historic British cakes. Specifically northern English, as it’s most associated with Yorkshire and Lancashire. It’s related to ginger cake, in that it usually contains some ground ginger and cinnamon, popular but expensive spices for much of British history, often reserved for Autumn and winter cakes made for feast days. Parkin is also associated with Bonfire Night, Guy Fawkes, 5 November.

Yes, I realise Halloween has come and gone and I didn’t post anything, but on that count I would say that firstly, when I was a kid, Bonfire was always a much bigger event in England, and it still is here in Lewes, “Bonfire Capital of the World”, and, secondly, I did make a lot of stuff over Halloween weekend, but none of it was exactly suitable for publication. I had my first go an Mexican pan de muerto (“bread of the dead”) and while it all looked relatively OK going into the oven, when it came out the skull and crossbones decorations had slipped and it looked more like pan de tortuga, er, tortoise bread. So I’ll be practising that more for next Halloween.

Anyway, back to parkin and Bonfire Night. Unlike classic ginger cakes, parkin is made with oatmeal, or a mix of oatmeal and wheat flour. For centuries in Britain, oats and barley were staples of the poor, over the more expensive wheat, and this cake is a record of that legacy.

This is another one of those recipes where I can’t remember the source, beyond it being something I wrote down in a notepad while living at Old Man Mountain in New Zealand, this time during a 1997 visit. It’s pretty similar to other recipes you may encounter, such as this one from Dan Lepard in the Guardian, which he reports dates from 1907, this one on the BBC site, and this one at Deliaonline. I’d ignore this one on the Beeb though, as there’s no sign of oats – very inauthentic!

Talking of authenticity, older recipes would also have been made with lard instead of butter, though lard isn’t that popular these days, so it’s up to you really. Reading the moaning and trolling on the BBC site, some find eggs contentious too, but hey, there’s only so far you’ll want to go to recreate that 18th century peasant experience right? Oh, and if you’re in a part of the world where you can’t get golden syrup or treacle, you could try substituting honey for the former and the latter is just a type of molasses.

Ideally, this is made at least a day in advance. Parkin has a pretty dry crumb but becomes moister over time.

Happy Bonfire! I’ll be enjoying this with some Harveys Bonfire Boy ale. 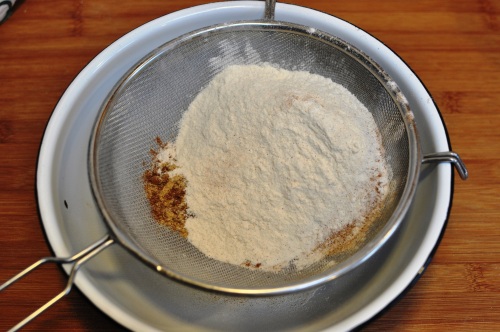 3. Sift together the flour and spices into a bowl and toss in the oatmeal.

4. Melt together the fat, sugar, syrup and treacle.
5. Add buttery mix to dry mix then beat in egg and milk. 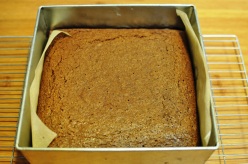 6. Pour the batter into the tin and bake for about an hour or more, until firm and a skewer comes out clean. Cover with foil if top browning too much.
7. Leave to cool.
8. Store in an airtight container for 1 day before cutting and serving.