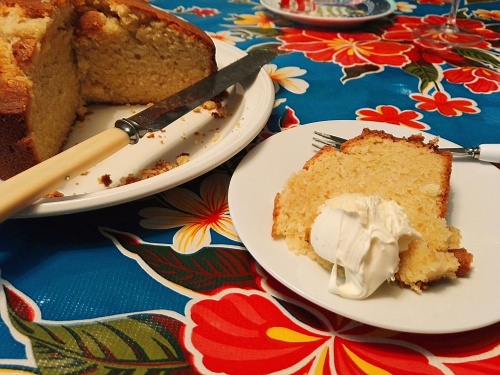 A while back, I just had one of those urges – very specific, for something somewhat old-fashioned. Madeira cake. It’s one of those English cakes the Victorians, or possibly even the Georgians, would have tucked into, accompanied by a glass of Madeira. Madeira is a fortified wine from the Portuguese island archipelago of the same name, located in the Atlantic 880-odd km west of the Moroccan coast. The cake itself isn’t from Madeira.

Madeira cake is a basic concoction, not unlike pound cake: dense and satisfying. Checking my cookbooks, I found several different recipes. It’s amazing how something so simple can have so much variation. A unifying feature seems to be some lemon flavour in the form of zest in the batter and sometimes candied peel or zest added on top too, part-way through baking. Except that when I checked Mrs Beeton, she had none of this. No flavouring whatsoever – not even the inclusion of ground almonds, which several recipes use. 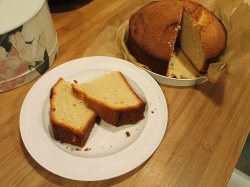 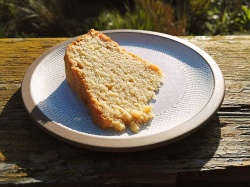 I tried several. Mary Berry’s, which has almonds, was good. I found it a bit dry, but possibly I over-baked a tad. The recipe in Jane Grigson English Food was basic and reliable. The recipe in Leith’s Book of Baking by Prue Leith and Caroline Waldegrave was pleasingly crumbly and unusually had a pinch of cinnamon. I’ve not seen this elsewhere, and Leith and Waldegrave give no preamble, so the rationale for the spice will remain a mystery. Perhaps it was just a whim on their part. 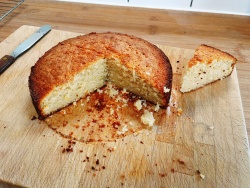 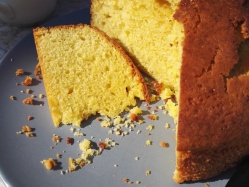 I also tried a few more recipes from Cakes Regional and Traditional by Julie Duff, which worked well, but was particularly nice as I had such good eggs with bright orange yolks, and The Sainsbury Book of Home Baking by Carole Handslip. This was no-nonsense and fine. Plus, it was a trip down memory lane as the book, published in 1980, was one of those I used in my mum’s kitchen in my childhood. I also used another book from my mum: Geraldine Holt’s Cake Store, published in 1983. The cake was also tasty but the mixture wasn’t enough for the 18cm tin she recommended. It’s important that this cake has some verticality, rather than being too flat. It’s a tall cake not a disc. 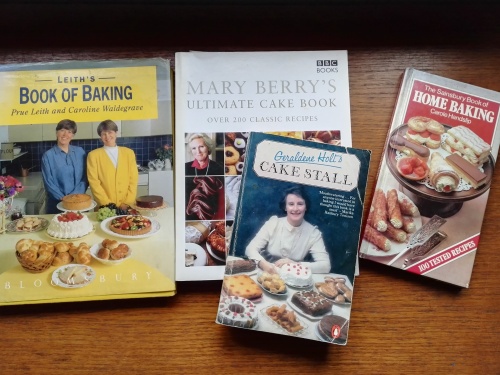 Having done all that important research, here’s my version. I’m not claiming it’s the perfect Madeira cake but it suits my requirements for flavour, ingredients and shape.

1. Grease and line an 18cm tin.
2. Preheat the oven to 170C.
3. Beat together the butter and sugar until light.
4. Beat the eggs then add slowly to the creamed mix, combining all. If it starts to curdle, add a dash of flour.
5. Add the lemon zest.
6. Sieve the flour and baking powder into the mixture.
7. Add the ground almonds and pinch of salt and fold to combine.
8. Add the milk. If the mixture is too stiff, add a little more until it’s quite soft.
9. Put the mixture in the tin and bake for about an hour, until a skewer comes out clean. If the cake is starting to brown but the interior isn’t baked, cover with foil and leave in the oven a bit longer.
10. Cool on a wire rack. 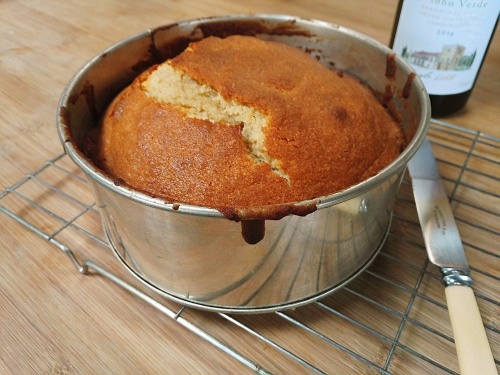 I doubt many people drink it with Madeira wine these days. We certainly don’t. I’ve never even tasted the stuff, though we were just finishing off some pleasant Portuguese Vinho Verde when we had this one, eaten as dessert for Sunday lunch, accompanied by that ambrosial West Country delight, clotted cream. It’s also great, more modestly, with a cuppa.